I’ve also made a lot of progress on the upcoming studio album, we live in the future. It’s a bit of a departure from my previous releases, but I’ll try to prepare your ears with a few singles to tingle your cochlea. Expect the first one, Snakecharmer, around mid May!

Lastly, and I’m most excited about this, within the next month I will be launching Schnauz Records after signing neoclassical artist Broadacre! Stay tuned for much more music!

I’m always so bad at building anticipation! Well, with little notice and absolutely no ado, I present the first in a series of instrumental pieces I’ve been working on for some time now, Daydream Sketches, Vol. 1. The idea behind the Daydream Sketches series is to capture the emotional feel of a particular moment in spacetime. I hope that each piece sets a mood and conjures vivid images of a scene. I’m very excited for this series and a number of future releases are in the works.

You may recall my post earlier this year about my renewed interest in the clarinet. As promised, clarinet plays a subtle but important role in the arrangemnet of track 2, Blustery Day.  Expect to hear more clarinet in future Daydream Sketches releases, as well as a variety of other wind instruments with which I have been working.

The album cover photo was taken by my good frequent and frequent collaborator Juan Guerrero. More of his work will be featured in the deluxe edition which will be made available shortly on Bandcamp at a slightly discounted rate. The deluxe version will feature full pdf liner notes, individual track artwork(also courtesy of Juan), and accompanying vignettes! Very exciting stuff so be sure to stay tuned!

This release is currently available for purchase and streaming on:

Happy Netlabel Day one and all! As I mentioned in an previous post, this year I will be contributing a track to a Captive Portal remix album, In the Air (The Remixes). I’m very excited to be a part of this release along such names as Fire to the Stars, who I remixed for last years Netlabel Day, John Alden Davis, with whom I briefly attended Greenville University, Captive Portal himself, and so many other talented artists/producers! So, without further ado, here it is: available for free download on the Mahorka website!
Enjoy!

For at least four years now I’ve had a student clarinet I impulsively purchased from a friend for the low, low price of only thirty American dollars!! Now before buying it, and for a considerable time after, I had never played clarinet. Or any woodwind. I think the only instrument I’d ever played that involved blowing was the kazoo. But, hey! It was only $30, why the hell not? I played with it only a couple times. I managed to evoke waaayyyy more squeaks than actual tones and actually break one of the joint corks before putting it back in it’s case and behind my speaker cabinets, never to be seen again… Until last month, when I found it while cleaning/rearranging the room! This time I was far more determined to play well because I had a vision: a song called Blustery Day, which has been in the works for years. Clarinet is the missing part of the arrangement that makes this jazzy little 5/4 number work. Of course, if I want these woodwind tracks to sound even halfway decent I had to get to work. Honestly, rather than getting the broken joint cork on my clarinet repaired, I just wrapped thread seal tape around the joint. This has worked successfully so far, but I have to change the tape after dis/reassembling every few times. If I had more than one cork broken I’d definitely just get it fixed. Probably. With this makeshift solution, and my “clarinet stand”(Made from an unused mic stand and an old bathrobe), I began furiously practicing for hours each day. Initially this annoyed my dogs to no end, but now they don’t even leave the room when I start to play near them! If that’s not a sign of progress I don’t know what is. After hours of trying to sound out a halfway decent string of notes, I finally stumbled onto something I think turned out nice. Blustery Day is listed as the first song for my new instrumental release series Daydream Sketches, which will be out sometime later this year. Expect to hear some blowing soon.

Exciting news! Retroflux is now available for free streaming on Spotify! Check it out! 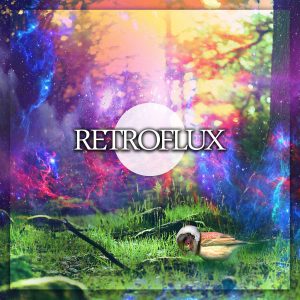 Happy Netlabel Day! Have some free music! This July 14th, netlabels worldwide celebrated by releasing new music. I had the opportunity to remix the song Keep You Safe by the talented and unique band Fire to the Stars for release on the netlabel Mahorka’s compilation album. It is a special Netlabel Day release and you can hear and download it for free on Bandcamp! Take a minute to check out my remix and other contributions to this album, including new remixes by Captive Portal and Fire to the Stars!